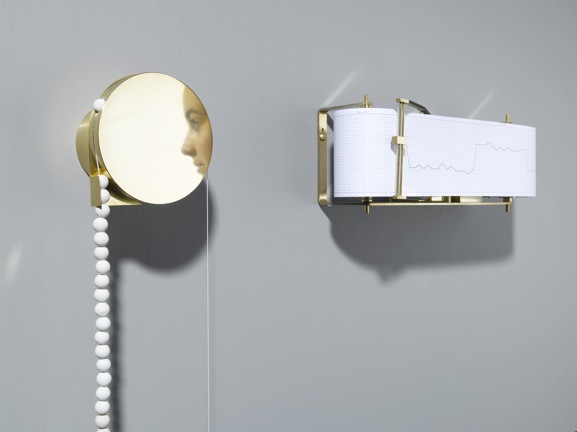 Over the last fifty years modern medicine has liberated but also alienated women from the natural and instinctual rhythms of their own bodies. The ‘Life Clock’ and ‘Menstruation Clock’ attempt to question what is still ‘natural’ and what women should know, understand, and feel still of their own cycle. These clocks are also a response to the growth in new medical practices, such as contraceptive hormones, IVF and egg freezing, which, however necessary, may further distort a women’s perception on what actually happens inside her body. MENSTRUATION CLOCK_ Through a basal body temperature reading, this clock wirelessly and visually archives the rhythm of a women’s menstruation cycle. Though an average woman’s cycle takes twenty-eight days, it often varies and is influenced by many different factors such as stress, exercise, under- or overweight and artificial lighting. This clock can help to reconnect a woman with her own personal rhythm and what it is sensitive to. 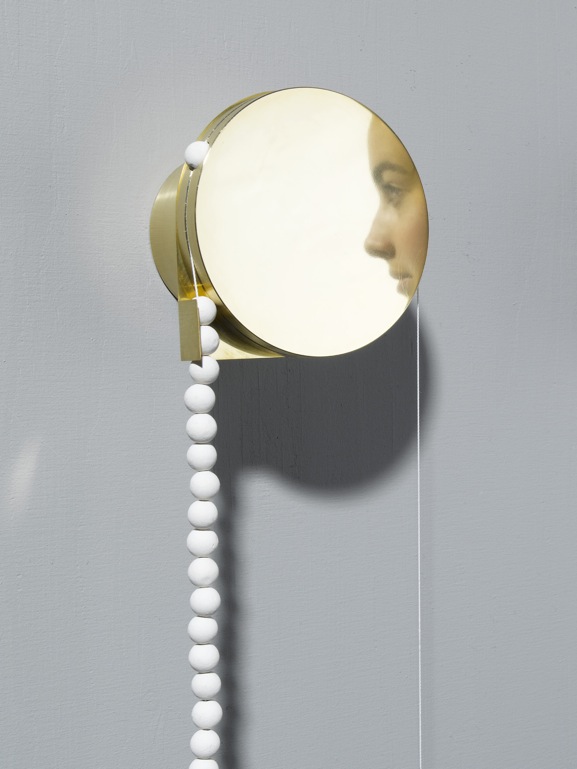 LIFE CLOCK_ This project is about our limited chances to create life and our negotiation within our bodies to either accept or reject these chances. This clock counts down ceramic beads, which represents average amount of chances a woman can conceive. The clock is set according to a woman’s age and first menstruation. Each 28 days the clock will count down one bead from the necklace. This necklace represents the average of 500 chances, which a women can conceive during her fertile life. The colors of the beads inform on age and quality. The dark beads show the amount of deviated eggs when a women turns 40.

During the embryonic development of a feminine fetus, the egg cells are formed. In the twentieth pregnancy week there are approximately seven million eggs. During the further development in the uterus, a robust number goes lost, through which by the time of birth 'only' one million eggs remain. At the moment a women starts menstruation there are 400.000 left. Each menstruation cycle around 400 eggs die and only one (or two in case of a twin) will be released and can be fertilized. This process will repeat itself for an average of 40 years. With the use of contraceptive hormones there will be no ovulation but the women’s eggs will still deviate. This means that an average women could conceive an egg every 28 days for 40 years long, this is average amount of 500 eggs. The quality of the eggs also changes over time, when women are 20 years old, 20% of her eggs are deviated when she’s 40, 80% of her eggs. This will cause 5 to 10 % chance and if she gets pregnant she will have 50 % chance on a miscarriage.